Want a New Year’s Resolution You Can Brag About? Why Not Conquer a Mountain (or Fell) in the Lakes? 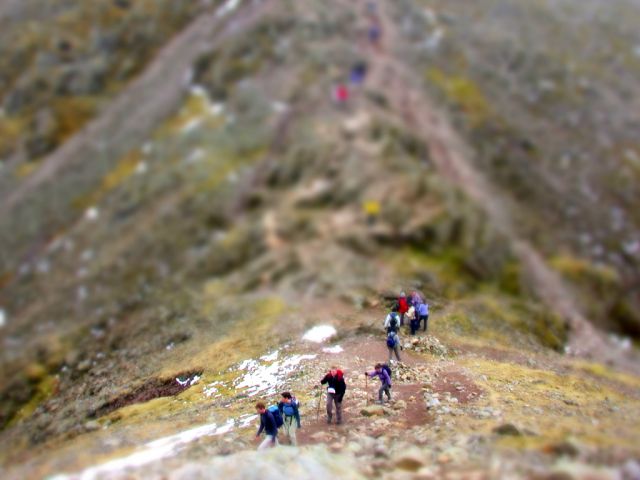 Why not make 2017 the year for a little adventure?

If you’re honest with yourself, how many of your past resolutions have you stuck to? Vague goals like ‘do more exercise’ or ‘eat less’ are easily forgotten. But if you set yourself something more specific and a little bit exciting, maybe you’d be more likely to stick to it? Weight loss and exercise can seem like mountainous challenges; you might have a bit more fun tackling an actual mountain. And where better than England’s hilliest region - the Lake District?

Try and go from doing absolutely no exercise to doing some every day, and you might struggle. The same applies to giving up drinking or smoking cold turkey. Going from one extreme to the other is difficult and often ends up unmanageable.

However, with the specific goal of ascending a mountain, you give yourself plenty of time to prepare and build up gradually. If you wanted to you could even aim to do it in December and give yourself a good 11 months of preparation.

It doesn’t matter if you’re a seasoned walker, or a newly-reformed couch potato, the vast expanse of Cumbria and the Lakes has inclines for all abilities. So you don’t have to set out to scale Scafell Pike by February, just in case you were thinking this was a bit much.

Need somewhere to stay between fell-bagging? Have a look at Absolute Escapes' range of Lake District holiday cottages.

Just what’s so good about climbing and hillwalking?

For a start, it’s exceptionally good exercise. Walking is good exercise on its own, something many of us are guilty of not doing enough. Add in the extra effort needed to master the incline of a hill or mountain and you’ll burn hundreds of calories!

It’s good for your mental health, too. You’ll get a massive sense of accomplishment once you make it to the top. And you’ll probably be surprised looking down at how much ground you’ve covered. There are few better feelings than being pleasantly surprised at your own abilities.

You also get to experience nature in all its glory. It’s not every day you get to survey the countryside from thousands of feet up. Such beautiful sights can help you de-stress and give you a little perspective on the enormity of the world. Plus, you’ll probably get some rather good photos to show people as proof of your accomplishment.

But there are so many fells to choose from. How do I pick?

So we’ve won you over, eh? Going to climb something in 2017 after all?

We may as well help you choose. Obviously we can’t go over every single fell. Well, we could. But it would be a really, really long post. So instead we’ll just recommend some of our favourites: 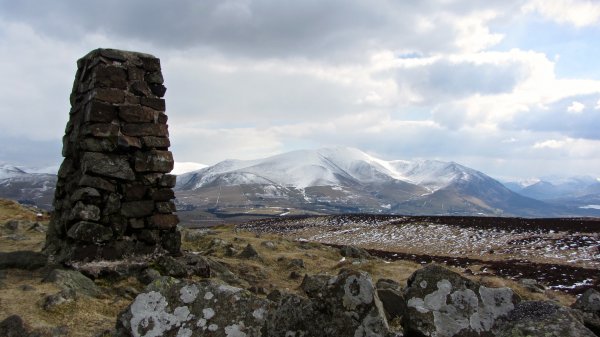 "Binsey summit and skiddaw" by Peer Lawther is licensed under CC BY2.0

A quaint little hill in the northern Lake District. Despite its modest size - only a 190m ascent - it provides excellent views.

The fell stands alone and so gives you wonderful views in every direction. From the top ofBinseyyou can clearly see Skiddaw and its neighbours to the south, the hills above Whinlatter Forest, Buttermere to the West and across the Solway Firth to the north: the hills of Dumfries and Galloway.

If you’re a beginner, Binsey is a perfect start and should take little more than an hour.

Binsey can be found here. 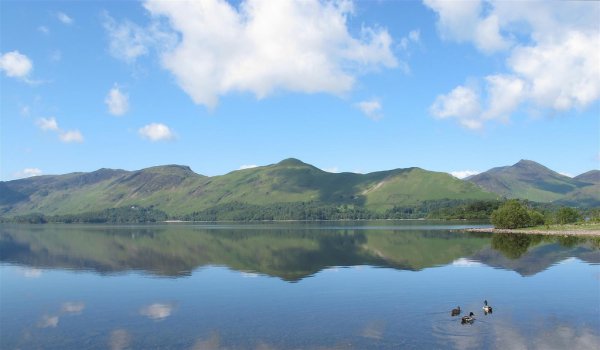 Catbells" by Kenny Murray is licensed under CC BY 2.0

Only 3 miles from Keswick, Catbells, like Binsey is suitable for all abilities.

Alfred Wainwright referred to it as “a family fell where grandmothers and infants can climb the heights together”.

Bigger than Binsey, Catbells has an elevation of 451m. From the top you get a breathtaking panorama of Skiddaw, Blencathra, Derwentwater and Keswick. Well worth the couple of hours it’ll take you to reach the top.

You can find Catbells here. 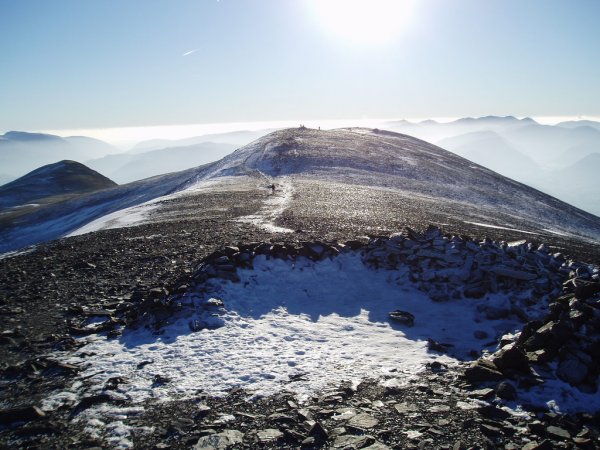 "Skiddaw" by Steve Cadman is licensed under CC BY 2.0

The sixth highest mountain in England! If you’ve ever been to Keswick before, you’ll have seen Skiddaw. Slate from the mountain is used by many of the town’s buildings. It looms over the market town like a friendly giant. And a friendly giant is exactly what it is.

Despite having an elevation of 951m, Skiddaw is a relatively easy fell to tackle. It’ll probably take you a good 3 hours or more, but the paths are fairly wide and easy to follow. So you shouldn’t have too much problem. There’s no shame in having a little rest, either.

From Skiddaw’s summit, you’re treated to a lovely view of Derwentwater, as well as a collection of fells across the water. On a clear day, you’ll even be able to make out Scafell Pike.

Skiddaw can be found here.  It’s a very accessible mountain with many walks starting in Keswick itself.

"Hot and Cold Blencathra" by Andrew is licensed under CC BY 2.0

Also known as Saddleback, you’ll find this mountain to the north east of Keswick. Not as high as Skiddaw with an elevation of 868m, but widely accepted to be a lot more difficult.

Blencathra is a mountain to take on if you fancy a real challenge for 2017. It’s difficulty is attributed to part of the mountain known as ‘Sharp Edge’. This is a narrow ridge just before the summit that requires you to scramble across. It can be particularly treacherous in wet weather, so extreme caution is required.

Conquering Blencathra is quite a lengthy procedure with routes being around 8 miles and taking 4 or more hours. It’s best left alone unless you’ve got a head for heights.

Blencathra can be found here.

"Down Through a Marshy Meadow" by sagesolar is licensed under CC BY 2.0

England’s highest mountain. Over three times the height of The Shard at a whopping 978m. Part of the Southern Fells, Scafell Pike is located in Eskdale, quite a way from any major Lake District settlements.

Depending on the route you choose, the ascent up Scafell Pike can be surprisingly short - roughly 3 and a half hours over nearly 6 miles. However, it’s the height and punishing incline thatmake this mountain a challenge.

Maybe not the best choice if you’re totally new to fellwalking. Otherwise, being able to say you tackled England’s highest mountain would be pretty impressive. So why not have a go? If you really want to punish/challenge yourself, similarly named neighbour Sca Fell is England’s second highest mountain.

You can find Scafell Pike here.

Fancy something even more challenging?

Why not see how many Wainwrights you can tick off in 2017? Wainwrights are the lakeland fells as described by Alfred Wainwright in the 1950s. There are 219 in total, so having a good crack at those would probably keep you busy for most of the year.

Want an interesting way to keep track of your progress? Have a look at the Wainwright Fells map and tick list from GuideUs.

There you have it. Let us know if you’ve been inspired to tackle a mountain this year. Or if you’ve already conquered some, which ones are your favourites.

Oh and of course you’ll probably need somewhere to stay if you plan on bagging a few Wainwrights. Get in touch and we’ll help you find the perfect self catering cottage near your fell of choice.

Shirley Thomson is the owner and director of Absolute Escapes Lettings and has been for over ten years. Her passion is for the Lake District, so she established Absolute Escapes to offer a personal service to those wanting to stay in the Lakes. She deals with every part of the business herself from finding cottages and managing bookings. If you’re looking for a Lake District cottage or an Eden Valley cottage, Shirley’s the woman for you. 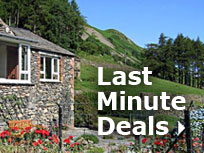